Lovely flowers in a field.

Posted on December 29, 2015 by nwharrisbooks

If he loses her, he’ll lose his will to fight.

Shane and his friends survive the first major attack against the enemy, destroying the alien ships that came to harvest the children of Earth and turn them all into slaves. However, one ship escaped, and the aliens have captured Kelly. Shane will do whatever it takes to save her, but turning his back on his friends could jeopardize the whole mission.

The enemy invades Kelly’s mind, turning her into a slave soldier. She’ll follow their orders, even if it means murdering her friends, including her little sister and Shane. She is helpless, trapped inside her body while it performs heinous tasks under the direction of her new masters, while her sanity and desire to live fade.

Shane returns home to make a rescue attempt, only to find Kelly commanding an army of human slave soldiers, and she’s determined to make him join her ranks. Will Shane save Kelly before she gets to her sister, or will she help the enemy enslave the rest of humanity?

New Covers and edits for Book 1 and 2, and Enslaved, The Last Orphans Book 3 is Coming Soon!

Posted on November 13, 2015 by nwharrisbooks 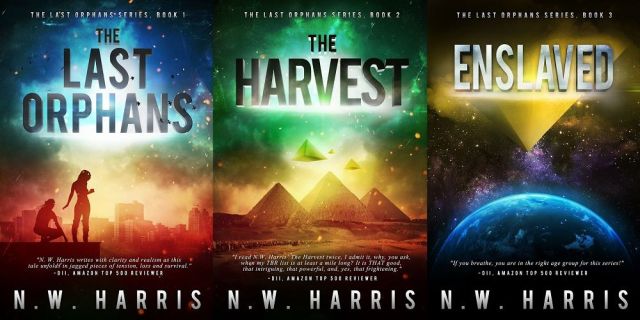 4.5 Stars and 163 Reviews, The Last Orphans is free on Amazon

Posted on September 27, 2015 by nwharrisbooks

My writing office for the summer–working on revisions for the third book in The Last Orphans Series. Kids playing at the beach, Dad working in the shade! :-) 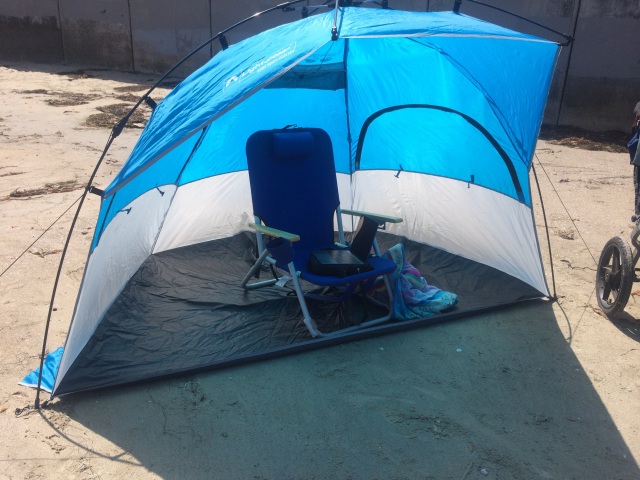 Posted on April 7, 2015 by nwharrisbooks 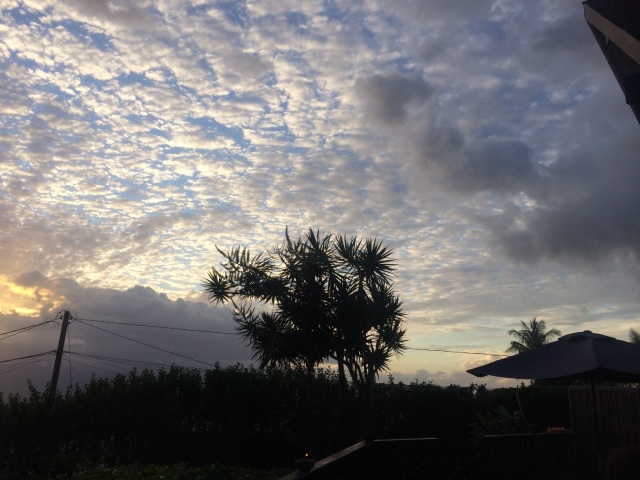 View from our condo. 🙂

Like Gone? Read The Last Orphans by N.W. Harris for FREE! 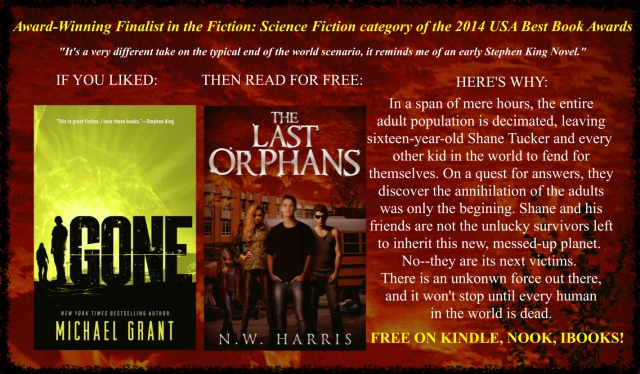 Check out the Trailer for The Harvest, The Last Orphans Book 2

Posted on February 17, 2015 by nwharrisbooks